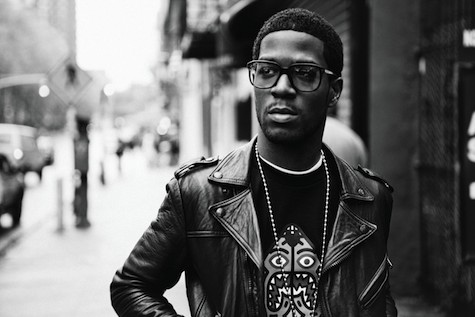 The man known as Kid Cudi actually not so underground, but is massively underrated in the Hip-Hop industry. Scott Mescudi was born January 30th 1984 in Cleveland Ohio. He is not only an musical artist, but an actor as well. With his release mix-tape album, "A kid named Cudi," he hit the scene right away. But it was hit single Day and night which put him on the map since it landed on the top 5 songs on the bill-boards charts early in his musical career. This song was on his later album "Day & Night: the end of the day," and critics called this album to be "Gold."

His second album was titled "Man on the Moon: The legend of Mr. Rager." This album released his two hit singles titled 'Erase me" and "Mr. Rager." He got a little bit more creative with this album but turning it into his own story. Every song was considered a chapter rather then a song on a track list. The story was telling the story of Kid Cudi turning into Mr. Rager which is his alter ego. He becomes Mr. rager at times when he i depressed or angry. It is basically his "demonic" self.

After his second album was released he announced he would be working with Dot da Genius rock band, which was also known as "Wizard." This led to his third album titled "Man on the Moon: return of the Wizard." When creating songs for this album Cudi also announced that he would be quitting something he was known for which was marijuana. Many of his fan felt this was going to be his down fall because they felt the drug was what mad his music amazing. After quitting, he started to write and suffered from writers block. Being off of the drug, it truly did have an impact on him and his music. The third album came out, and there was no publicity about it which lead to his early downfall. But he is currently determined on rising back up and becoming the massive star he was at one point.