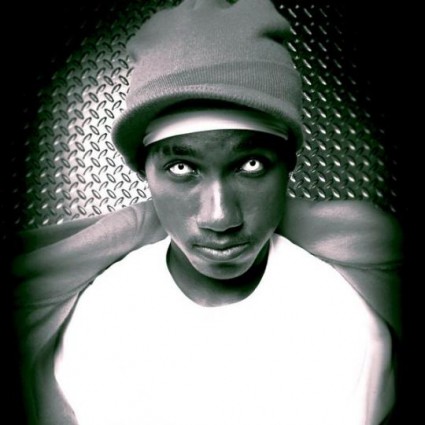 One of My favorite artist in the rap industry today, Marcus Hopson is an underground rap artist who has had his ups and downs in his young career so far. The reason I respect this man is because of those struggles he had to go through which came mostly with a music label he signed with which was ruthless records. This label was once owned by the legend in hip-hop, Eazy-E.

After Eazy E's, death his widow Tomica Wright took over the label and decided to sign Hopsin, which would be his first signing with a label. After multiple promises telling Hopsin he would get exposure and financial support  from Mrs.Wright, she simply never came through with them. Getting completely frustrated with Tomica and the label, he lashed out at them by saying the most negative things about the company and the owner. According to Marcus himself he wasn't able to listen to the finally product of his album called Gazing at the Moonlight, every decision was up to the company and left Hopsin with no say. Making him feel the product was not even his.

When leaving the company, he met an artist known as SwiZz, who's brother Dan Ritter was starting an independent record  label called Funk Volume. Hop wanted to listen to SwiZz's rap style and flow to see if the signing would be for him. Instantly falling in love the the style, Hopsin signed ASAP. Since being with the label he released an album called Raw, and is currently finishing up his album titled Knock Madness which will release in March.

But other then his ups and downs in the rap game,  a few keys points people should understand about Hopsin is what he is all about:

1)   So far, his career has been defined by the way he makes fun of mainstream rappers that you see everyday. Artist such as Drake, Lil Wayne, Rick Ross, Soulja Boy, and Lupe Fiasco, have all been made fun all in one song, called "Sag My Pants." Also in this song he talks about his signing with Ruthless Records and how he got screwed over. In the Ill mind of hopsin track he speaks his mind about Tyler the Creator who won the breakthrough artist of the year at the MTV music video awards.
2)The name "Hopsin" is obviously a play off of his last name "Hopson." But the name he created came from the thought of him being the future "Hip-Hop Sinister." Adding the two words to make one, he came with the final creation Hopsin.
3) Everyone is always confused about his white eye contacts. The reason for his is because he wanted to stand out from the rest of the African American rap artist. By putting in the contacts, he had a style, image, something people could remember him by. And by remembering him, he would one day get his name out there to multiple people and one day become a star.
4) He has two styles of rapping which he tries to play off of. The first style is called "Raw." This is something he actually created and eventually titled his album from it. He describes it as just being different from the rest and when you hear the styles its so good it hurts you like messing with an open wound. The second is called "Horror-Core." This is simply having a scary style and use of words. He developed this style from the artist Tech N9ne in there recent song together featuring B.o.B. "Am I a Psycho?"

Here are a few videos of songs i personally enjoy, hope you do as well.

Playlist in order of videos: