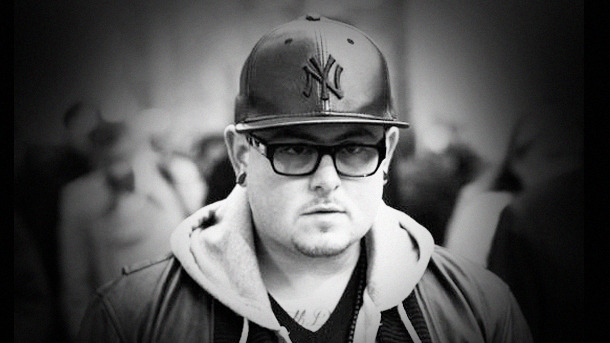 Iron Solomon is a NewYork born rapper, who grew up in Lower East Side Manhattan in a Jewish Heritage back Ground. He first wanted to get into the hip hop game early in his life, and it all started when his father brought home a N.W.A album titled "Straight of Compton." The album contained soulful beats, heavy bass, and a rock guitar. These key elements is what laid out the blue print for his career and what he wanted to strive for.
His family consisted of multiple musicians so he spent his days in jazz studios all the time. Being around multiple instruments all the time he learned how to play the guitar at the age of 10, and from there he formed a garage band, but most importantly formed a rap group with a few of his friends from the neighborhood. He always stood out to the crowd because of his skin color which is white. He looked up to people such as biggie smalls, tupac and jimi hendrix. He took elements of these artist and formed his own type of style which made him have a unique style in rapping which helped him stand out rather then standing out because of his skin color.
With time and practice he developed his skill to the point where he felt comfortable doing rap battles. All of his opponents he faced were of some colored nationality which he used to his advantage. Every rapper would rap and diss about his skin color, which didnt make them different from any other rapper, but solomon steered away from race. He would diss people because of their appearance, name, etc. His ability to make up a diss on the spot and rhyme it declared him at the battle rap champion, which sooner or later lead to him giving him the self proclaimed named "The King."