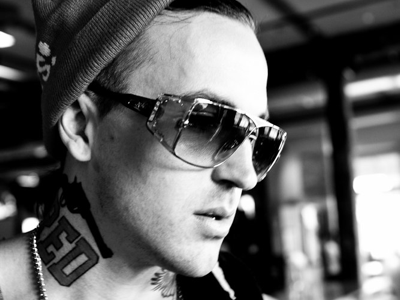 In 2005 Yelawolf competed in the show road to stardom, so he could showcase his talents. This later got him inspired to release an independent album titled Creek water. Two years after the realize he was noticed by Colombia Records and they wanted to sign him ASAP. He jumped at the opportunity looking for it to change his career in music for the long term. When signing he dashed out an extended play of his songs along with four mixtapes. But then Shady Records came along and wanted him on the label as well. Seeing that CEO of the label Eminem wanted him on the team Yelawolf couldn't refuse. His long time idol just asked to join him and be apart of the Shady Record movement. This movement was to create the new team Slaughter House. this included Royce Da 5'9, Joe Budden, and even Eminem himself. He is very popular with many people, but still has not hit the scene has a major artist just yet. In my opinion he will soon be there and have everybody on watch for his unique style of rapping and unique style of fashion.